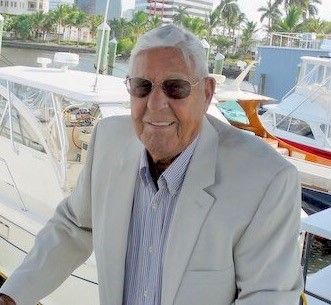 Theodore Calvin “Ted” Owens passed away Wednesday, July 26, 2017 in Augusta Health in Fishersville, VA. He was born in Bethesda, Maryland to Thomas and Mildred Owens. A proud Veteran of the United States Navy, he graduated from Admiral Farragut Academy and attended the University of Maryland.

Where he met the love of his life, Betty and after a three month courtship they were married. They raised two daughters and had a wonderful and fulfilling life. In his young age Ted worked in construction with his father. Later with a partner he helped form the Congressional Lumber Company. After which he worked for Montgomery County as a building inspector.

Ted and Betty finally retired to Highland Beach,FL where they spent many happy years. He enjoyed his life to the fullest extent and wanted his obituary to read:

Ted is survived by a wonderful daughter, Melissa Ruth and son-in-law, Dr. Robert A. Ruth of Staunton; and a special son-in-law, John R. Underwood of Hypoluxo, Florida. 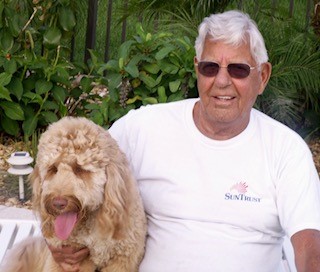 Those desiring make memorial contributions can donate to Destiny for Dogs, Not-for-Profit 501 (c) (3) at 326 Macy Street, West Palm Beach, Florida 33405. “A charity dedicated to assisting seniors in keeping their dogs at home”.