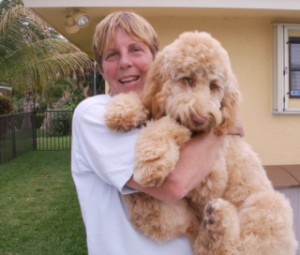 Dana Lynn Underwood, 65 of Hypoluxo, FL passed away Wednesday, September 25, 2014. She was born in Washington D.C. to Theodore C. and Betty V. Owens on June 1, 1949. Dana did not just live life, she attacked it. Dana graduated from FSU where she met her husband John and was a great supporter of the Seminoles. After spending many years working at the National Enquirer she joined her husband and established a real estate appraisal company in Lake Worth, FL. She and John worked together for 35 years. Dana had many stages in her life that she guided John through. In the early years of marriage it was tennis 7 to 8 times a week. Dana was an avid fisherwoman, she belonged to Ladies Let’s Go Fishing and would fish in locations all over the world. Dana and John boated together in South Florida in many different types of craft over a 40 year period. When her fear of being in the water overwhelmed her, she became a certified diver. When she recovered from her first bout of cancer her first comment was “I want my Harley now.” She rode for many years and was a member of Palm Beach HOG. She was also an avid pool player and participated in local poker leagues. Dana was devoted to her pet dogs and spent many years training her animals. She is survived by her husband, John; beloved labradoodle, Darby the therapy dog; father, Theodore Owens; sister, Melissa Ruth (husband, Robert); brother-in-law, Kelly Underwood (wife, Trish); sister-in-law, Leah Ann Pickett (husband, Todd); nephews, J.R. Underwood and Phillip Pickett.